Nicholle Cherrie, Class of 2013, has joined the cast of 'Richard II' which will be performed at Shakespeare's Globe Theatre which is being co directed by fellow LSC alumni Lynette Linton. ‘This blessed plot, this earth, this realm, this England’ Beset by problems at home and abroad, a capricious king is forced to relinquish his ‘hollow crown’. As his supporters abandon him and his power trickles away, Richard reflects with startling eloquence on the disintegration of his sta

Consuela Rolle, class of 2014, will be playing Dorothy in the musical 'The Wizard of Oz' at the Storyhouse Chester. The Musical, based on the MGM Motion Picture opens on the 7th December 2018 and runs until 6th January 2019 - click the link for more details. https://www.storyhouse.com/event/the-wizard-of-oz

Bradley Connor, class of 2015, has landed the role of Connor in the play 'Off the Grid' at the Half Moon Theatre. Connor and Kelly are brother and sister. They share the same birthday, but ten years apart. Since the disappearance of their parents, when Kelly was three, they have been dependent on each other for survival. But what happens when you discover you’ve made the wrong decision? Forced to back down, do you sacrifice your beliefs in order to stay together? Developed in

Introducing the new Season Pass - your way of watching every season event here at LSC Expressive Arts! The season pass is simple - you pay £20 pounds for the pass and you get to see every show you want within our Leyton Season. Make sure to book your place online or with Tyler (A24) to guarantee you seat for an event though! Your pass and student ID must be present at each event. If you would like to purchase a Season Pass, see Tyler Dew (A24)

LSC Expressive Arts Level 3 Music Student Ritchie Johns, aka 'Kitch', was recently documented by BBC Ouch. The short video talks about his stammer, his music and his most recent performance at The Walthamstow High Tide Festival in September! Well done Kitch - Here are the links to the documentary, his performance at High Tide and his website. Make sure to check it out and show your support! https://www.bbc.co.uk/news/av/disability-45680050/rap-makes-my-stutter-disappear ht

Alumni Watch: Consuela Rolle and cast of 'The Worst Witch' transfer to the West End! 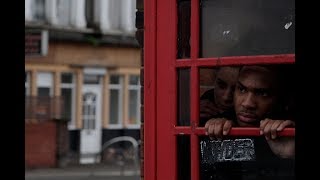 "Outside the Box" - Trailer released! 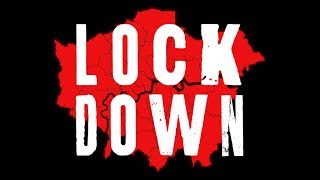 LSC Spotlight: No Human to be performed at The Mayoral Accountability Assembly!